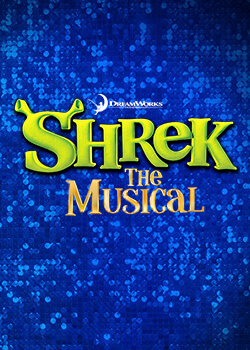 "Once upon a time, there was a little ogre named Shrek..." And thus begins the tale of an unlikely hero who finds himself on a life-changing journey alongside a wisecracking Donkey and a feisty princess who resists her rescue. Throw in a short tempered bad guy, a biscuit with an attitude, and over a dozen other fairy tale misfits, and you've got an irresistible mix of adventure, laughter and romance, guaranteed to delight audiences of all ages!

Shrek The Musical brings all the beloved characters you know from the film to life on stage. And we're proud to present it's regional premiere right here at the home of our famous Dreams 'n' Wishes Pantomimes, The Venue MK.

Book and Lyrics by
David Lindsay-Abaire
Music by
Jeanine Tesori

This amateur production is presented by arrangement with
Music Theatre International (Europe)
All authorised performance materials are also supplied by MTI Europe
www.mtishows.co.uk

Thursday 7:30pm. This is a regular performance which in addition will be signed for the deaf community. 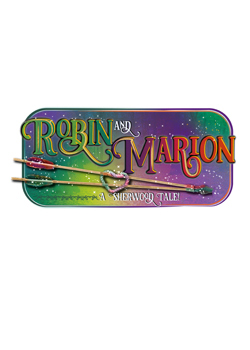 Feared by the bad, loved by the good!

Times are tough in Nottingham Town. The evil Sheriff is taxing the good people into poverty (sounds familiar?). It's a good job Robin Hood is on hand; he robs the rich, pays the poor - and looks fantastic in tights.

Robin is the local hero alright - but is there a new Hood in the Hood? There's rivalry and confusion; but our hoodies must work together if they're to make a rescue, stop a wedding and overthrow The Sheriff once and for all!

So grab your arrows, pull up your tights - and book your seats to this riotous evergreen panto adventure NOW!